R1 vs. R6 Battle of the Beasts

In this review of R1 vs. R6, we take a deeper look at some of the unique features that make these two super bikes one of Yamaha’s top selling items. We tell you which is faster based on a number of factors.

If you are an adrenaline junkie then choosing the right super bike can determine the kind of thrill you get from the bike. Super bikes are designed for speed and Yamaha has been leading the park with their R1, R1M, R3 and R6 line of bikes. These bikes are not only good looking, they have something so powerful underneath that is bound to turn heads as you cruise at speeds of over 160 miles per hour.

If you are looking for something entry-level then it is wise to begin with the R3 but, if it is speed you are searching for then your best choice is with the R1 or the R6. In this R1 vs. R6 review, we carefully examine why these two super bikes are one of Yamaha’s top selling items.

The R1 is Yamaha’s flagship super bike for a reason. For one it is powered by a beastly liquid cooled 998cc engine, compare that with the R6 599cc engine. This enables the R1 to reach a top speed of 285 km/h to the R6 257 km/h. On other factors like torque the R1 still performs better. It has a maximum torque rpm of 11,500 which is higher than the R6 10,500. However, the R6 has a higher maximum power @ rpm at 14,500 compared to the R1 13,500. Choosing what you want is not that easy when you have these two super bikes. The R6 has undergone various changes to almost look like the R1 in terms of aerodynamics, but if it is speed you are looking for then go with the R1. The fuel tank is ever larger for the R1 at 3.9L compared to the 3.4L for the R6.

The decision to go with either the R1 or R6 is a difficult one. It all boils down to experience and your budget. Yamaha has the R3 as an affordable entry level bike that can also be used for commuting. It does a modest 56 miles per hour and is a great first bike for someone interested in the thrill of races. Once you have gotten used to riding beginner bikes you can then upgrade to the middleweight category by getting yourself the R6. Here expect speed. The R6 will hit speeds of up to 160 mph and it is very easy on the acceleration. At the top of the pyramid scale we have Yamaha flagship bike the R1. Here expect to hit the throttle to the maximum. The R1 will generate a whopping 200 worth of horsepower and will outrun most bikes in the market.

For most parts the R6 is very similar to its big brother the R1. The R1 is longer at 2055mm compared to the 2040mm for the R6 but you get the same ground clearance at 130mm. The R1 is higher with a larger seat (33.7 inches) while the R6 has a height of 1095mm with a seat of 33.5 inches. It may seem insignificant but when you are cruising at over 140 miles per hour then aerodynamics come into play. The R6 was in 2017 redesigned to more resemble the R1. This meant changes to its frame and suspension. The end effect was it able to reduce drag by up to 8%. This had no effect on the engine as it still was able to generate 120 HP in the rear. At some point in 2017, the Yamaha team introduced a OBD port but it lacked a diagnostic mode option.

The kind of electronics that were installed on the R1 were on another level. You got traction control, a fully advanced electronics suite, launch control, ABS/unified braking system, quick shifter, wheel lift control and slide control. In 2017, the R6 later got some updates that included a new magnesium fuel tank, traction control, riding modes and improved aerodynamics. Now, the R6 was a close resemblance to the R1. When it comes to suspension, the R6 has in the front a three-way adjustable KYB 43mm fork while at the rear it spots a KYB mono-shock. This put it at par with the R1 fully adjustable front KYB 43mm forks and mono-shock adjustable in the rear.

The R1 was first introduced to super biking fans in 1998. From thereon Yamaha has been making modifications to the bike until 2020. The design for the Yamaha was revolutionary as it raised the gearbox input shaft so that the output shaft was beneath it. This led to a more compact engine that other super bike manufacturers later adopted. The R1 is one of Yamaha’s flagship bikes and has received widespread following. During this time Yamaha also adjusted the exhaust such that it now had an EXUP valve that maximized engine power by controlling the flow of exhaust gases.

By 2001, Yamaha had redesigned the bodywork on the R1 shedding 5 pounds to 414 lbs. This made the bike ideal for long duration handling. Some of these bodywork changes included more aerodynamic side panels, redesign to the headlight housing and windscreen; these changes helped to reduce drag by up to 3%.

Between 2007 and 2008, the R1 got the new inline four cylinder engine that enabled the R1 to utilize four valves per cylinder instead of what it had been using the Genesis five-valve layout. The intake fuel system was also upgraded to Yamaha special chip control intake (YCC-I). When the 2007 model was tested it was able to clock 0-60 mph in 2.94 s.

The current R1 model spots a 998cc, liquid cooled six speed transmission that comes with inline four titanium valves. This enables the R1 to generate a horsepower of 200HP – enough to make a presence. The R1 will generate 82.9 foot pounds of torque @11,500. For the suspension you get fully inverted KYB 43mm fork and at the rear you get mono-shock adjustable. The R1 seat is higher than the R6 at 33.7 inches. Besides all the power, the R1 comes with some cool electronics like slide control, traction control, launch control, ABS/unified braking system, quick shifter, and wheel lift control.

The R1 competes in a highly competitive biking category. The 1000cc is like the cream of the pie when it comes to superbike racing. Biking makers are always to compete on who produces the fastest production bike in the world. In 1999, the world was in shock with the introduction of the superfast Suzuki Hayabusa. The bike come with a sexy candy red color and at that time could do 300 km/h. At this moment it become the fastest production bike in the world a title it held until Kawasaki shocked the world with the Ninja H2R. The H2R come with a supercharged engine that was capable of producing more than 200 HP and speeds of over 400 km/h. The Ninja H2R was the track only version while the Ninja H2 was the street version of the bike. It is in this world that Yamaha responded with the R1. The R1 is not only the most sexy superbike on track but it comes with a very powerful engine that sees it do 0 – 60 mph in less than 3 seconds. It is armed with the latest electronics and performs remarkably well in the higher rpm races.

What we did not liked:

The bike is pricier and a bit heavier

When Yamaha was designing the R6 they were looking for a bike in the 600cc section. The R1 is a racing beast while the R3 was designed as an entry-level bike that is lightweight while being the more affordable option to the R1. The bike was first introduced to bike racing fans in 1999. From there it has gone various improvements to 2017.

When it came into the market, it spotted Yamaha’s revolutionary engine that allowed it to do over 100 HP while in its stock form. Some modifications where made to the bike in 2003 that made the bike fuel injected. Yamaha revolutionary valve system the YCC-T ride by wire was added to the R6 in 2006. There was some controversy surrounding the R6 in 2006 when it advertised that the R6’s redline could read 17,500 rpm. The true reading should have been 15,800 rpm.

Lastly, in 2017 the bike was updated to look more like the R1 in terms of aerodynamics. This meant changing the suspension and adding a magnesium frame, ABS brakes, new aluminum fuel tank and traction control. The new aerodynamics had the positive effect of reducing drag by up to 8%.

A liquid cooled 599cc engine powers the newly updated R6 bike. You also get DOHC with sixteen titanium valves that push the R6 to produce over 45.5 foot pounds of torque @10,500 and 116.7 of horsepower. If you love speed then you will find the top speed of 160 miles per hour quite exhilarating. To keep all these horsepower well protected, the R6 comes with an aluminum twin-spar chassis. The suspension was upgraded to include front three-way adjustable KYB 43mm inverted fork and in the rear adjustable mono-shock. The bike is shorter than the R1 at 33.5 inches and is available in intensity white/matte silver, team Yamaha blue and matte gray colors.

While the R6 is a great middleweight bike, it can be hard to start with for beginners. Its for this reason that Yamaha introduced the R3 superbike. The bike looks great for an entry level bike and you get all the extras common with Yamaha motorcycle electronics. The bike comes with a DOHC liquid cooled 321cc twin-cylinder engine that is capable of hitting speeds of up to 111 miles per hour. The bike generates 42 HP @rpm of 10,750 and 21.8 foot pounds of torque @rpm of 9,000. The seat is way lower than the R1 or the R6 but you do get modest 56 miles per gallon. This makes the R3 a great addition for commuting. For the suspension you get front KYB 41mm telescopic forks and rear KYB mono shocks. The price is just great and this is what makes it a great entry level bike.

Had issues with the redline in 2006

When it comes to superbikes, it is a herculean task trying to decide between the R1 and the R6. I mean, the bikes are almost similar in terms of specs with slight differences. For one, the R1 has a more powerful engine at 998cc while the R6 spots a 599cc. In a race, the R1 will hit a top speed of 285 km/h while the R6 will do this in 257 km/h. So, if its speed you are looking for then go with the R1. The R6 has improved aerodynamics that almost resemble the R1 and is still an excellent choice for any super biking fan. 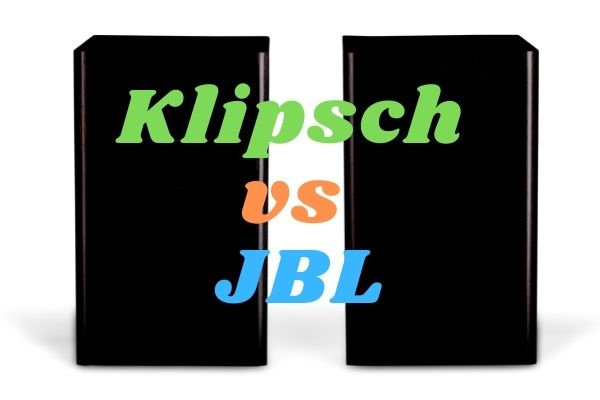 Klipsch vs JBL If you are looking for a good quality...

BMW is definitely one of the world’s most desired premium car... 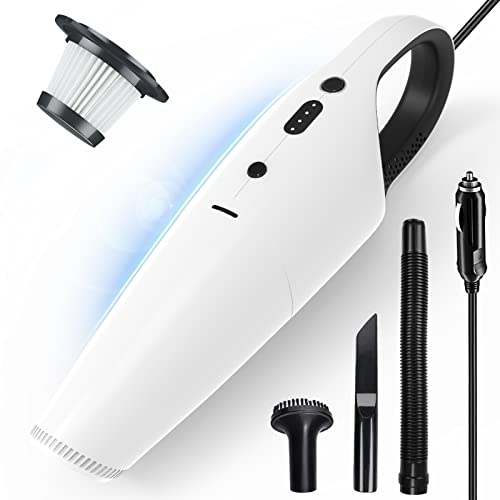 Honda vehicles are globally respected because these cars are very powerful,...
Do you want your car to see 500,000 miles? Learn more...